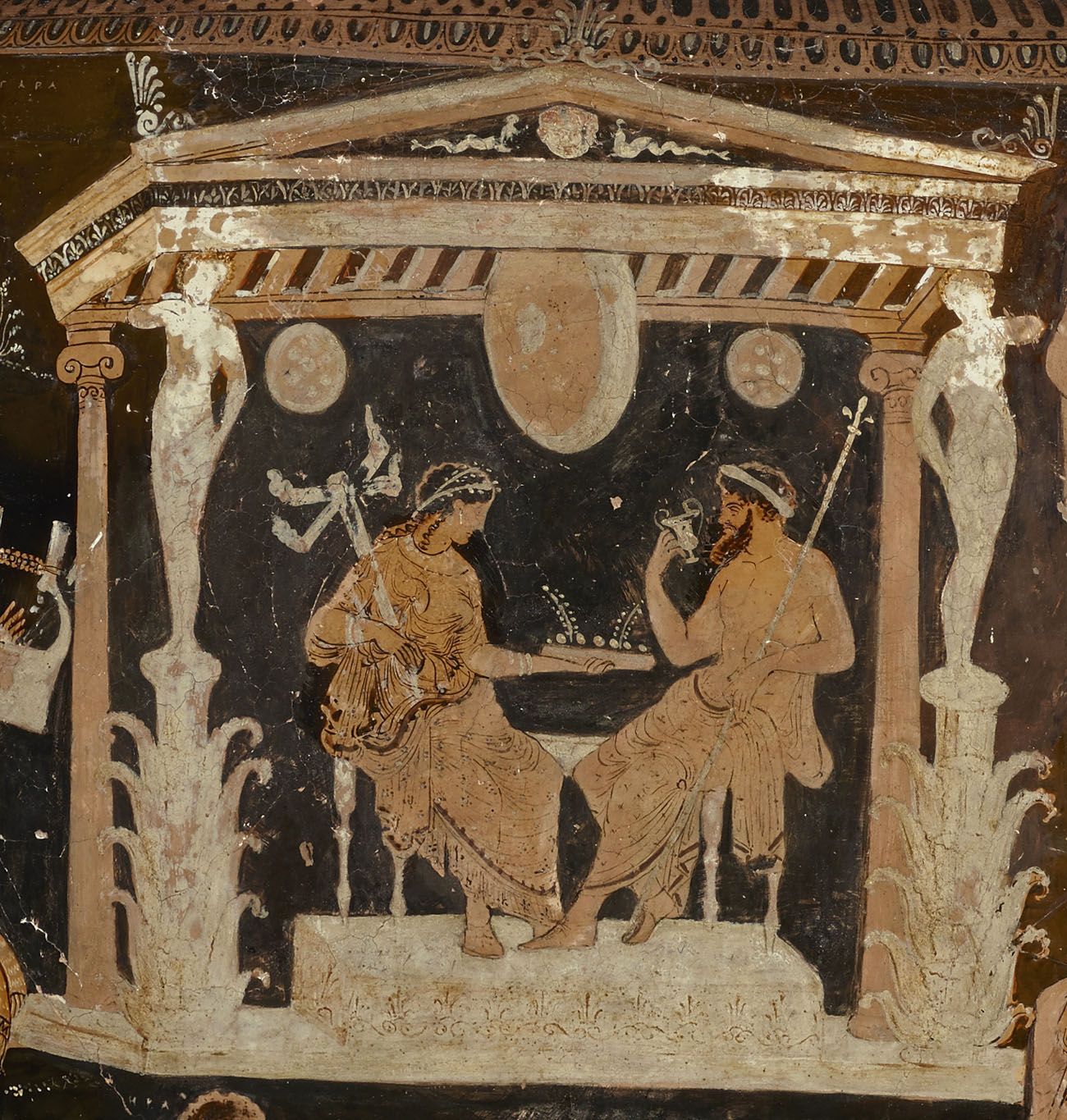 PERSEPHONE, AND WINES FOR HER JOURNEY TO THE UNDERWORLD

Fall is certainly upon us, and winter will be arriving in due time. This time of year always reminds me of the story of Persephone, reluctant wife of Hades and Queen of the Underworld. Her tale and how it explained the change of the seasons has always possesed me and seemed a perfect way to extoll the virtues of some wonderful wines for this season.

For those who do not know, the tale is thus: Persephone, the beautiful daughter of Demeter was abducted by Hades after the God of the Underworld was smitten by her beauty. Persephone’s loss caused immense despair with Demeter, and she stopped the growth of all crops, vegetables, fruits, and other plant life, resulting in famine and death. The Humans prayed to Zeus for relief and seeing that the situation was untenable, convened a meeting between Hades, Persephone, and Demeter to resolve the impasse. Fearing the distraught Persephone would leave him, Hades tricked Persephone into eating pomegranate seeds, the fruit of the Underworld which would persuade her to stay although her heart longed to return to her mother. Demeter heard of Persephone’s decision, and rightly claimed foul play was afoot and threatened to leave the earth barren and starving. Zeus could not have that and made a decision that neither Hades nor Demeter were happy about but could live with. It was decided that the fair Persephone would split her time between Hades and Demeter, six months with Hades, six months with Demeter. During her time with Hades, Demeter would fall into a great depression and would allow nothing to grow, thus we have winter. During Persephone’s time with Demeter her mother was overjoyed, and everything bloomed and was replete with growth, thus summer. This charming explanation of the seasons was wonderful to me as a child and remains special to me even in my cynical adulthood.

This all ties back to some lovely fall and winter wines I present while the seasons change as Persephone journeys back to the Underworld……..

First off, I present a white wine, Magoutes Xinomavro “Vieilles Vignes Blanc” PGI Siatista 2021. This is a white wine produced from a red grape and is both charming yet rustic at once. A wine of great texture, stunning minerality, with a backbone of fruit that makes it approachable while its core is unique and unyielding. One of the best wines I have had all year, this will be in my glass an awful lot this season.

Second, I continue with a red that has enchanted me just as Persephone captivated Hades, but with far more pleasant results. Domaine Ligas Moschomavro EO Greece 2020. This wine smells like homemade ketchup and red cherries. Don’t freak out, it will be the best aroma you will encounter in ages. On the palate, this is a glorious mélange of red fruit transformed into jam, bracing acidity, and just a pinch of earth to balance it all perfectly. Truly a wine for the season.

Yet another delightful red that is fantastic for the season is Domaine Nerantzi Koniaros PGI Serres 2015. This wine is like Hades himself: dark and brooding with a core of blackness that is at once terrifying and yet disturbingly attractive. The wine is savory, replete with dark fruit and spice, with an earth tone that gives the wine a firm structure and a one-of-a-kind flavor profile.

Finally, an orange wine: Kontozisis Roditis “A-Grafo” PGI Karditsa 2020. From remote mountains in central Greece, this orange version of the humble Roditis grape is both head scratching and palate shocking. The nose is a blast of cider, toasted citrus peel, and wet stones. The palate is rich and medium bodied with notes of apple, sour cherry, lemon and a hint of freshly baked bread all with a mineral backbone. This is why everyone is gaga for orange wine right now.

I hope you have enjoyed my mythological indulgence and if nothing else gleaned a few new wines to try. Stop in to Krasi, say hi, and we can taste these and many other great wines of the season while we swap Greek deity stories! Yiamas!