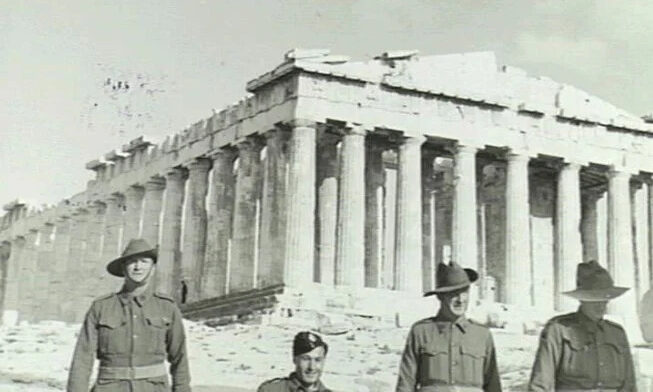 Gather around children, your Pappou Evan is going to teach a history lesson.

Take a guess, what was the first Allied victory over Axis forces in World War Two? Think it was Great Britain off Africa? Nope. The Americans somewhere in the vast Pacific? Wrong again. It was the Greeks. Yup, the Greeks.

Here is the story: The Italian foreign minister calls up the Greek Prime Minister, Ioannis Metaxas at three in the morning on October 28th, 1940 and says, “Hey, you’re Greek, we’re Italian! We’re buddies, pals, amigos! Heck, we stole your whole culture ‘cause we love you Greeks so much! So, quick favor, could you let us move our troops into your country and occupy it? As friends of course!” Metaxas’ response was short and not so sweet: OXI! NO! Ioannis told the Italians to stick their cannolis where the sun don’t shine. The Italians invaded and the Greeks went straight “300” on their asses. The whole nation turned “We are Sparta” and gave the Italians a serious whooping. The whole thing screwed up Hitlers plans regarding among other things, the invasion of the Soviet Union that many suggest it was one of the turning points of the war.

So, if you have a Greek friend, today on the 28th give them a smile and some thanks. Greece looked a juggernaut in the eye and not only did not back down but punched back and sent it reeling. Most people do not know what Greece did to help stop tyranny eighty years ago but hopefully this tells that story in a small way.

In the words of Winston Churchill, “Until now we used to say that the Greeks fight like heroes. Now we shall say: Heroes fight like Greeks.”